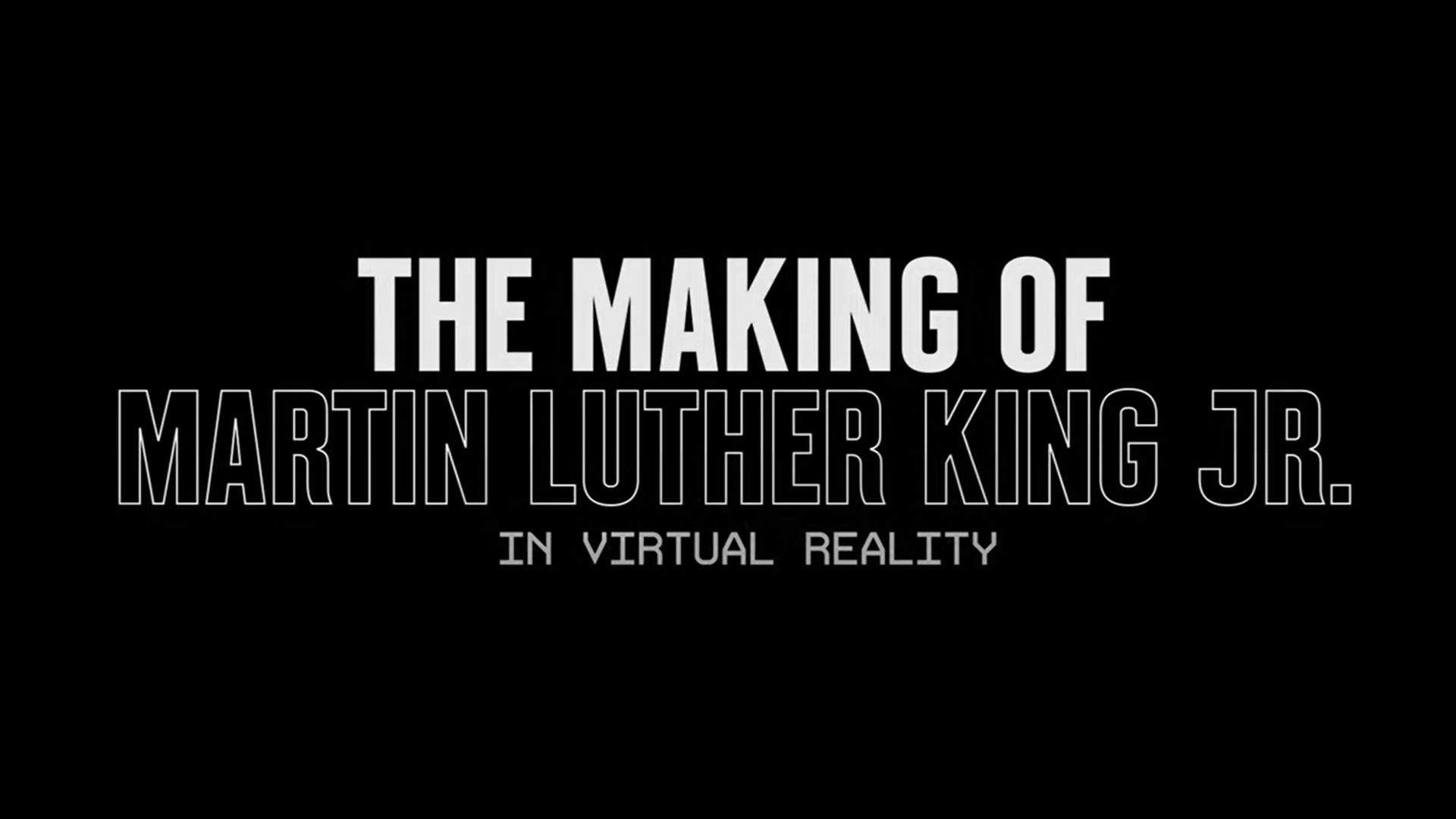 The second challenge faced by Digital Domain came when creating a highly realistic and convincing animation of Dr. King’s digital double performing the iconic ‘I Have a Dream’ speech. The approach taken by Digital Domain was to use their Masquerade pipeline to capture the facial performance of a stand-in actor and re-target it to Dr. King’s digital double. Stephon Ferguson, the King family’s official orator, was chosen due to his incredible familiarity with delivering the speech. 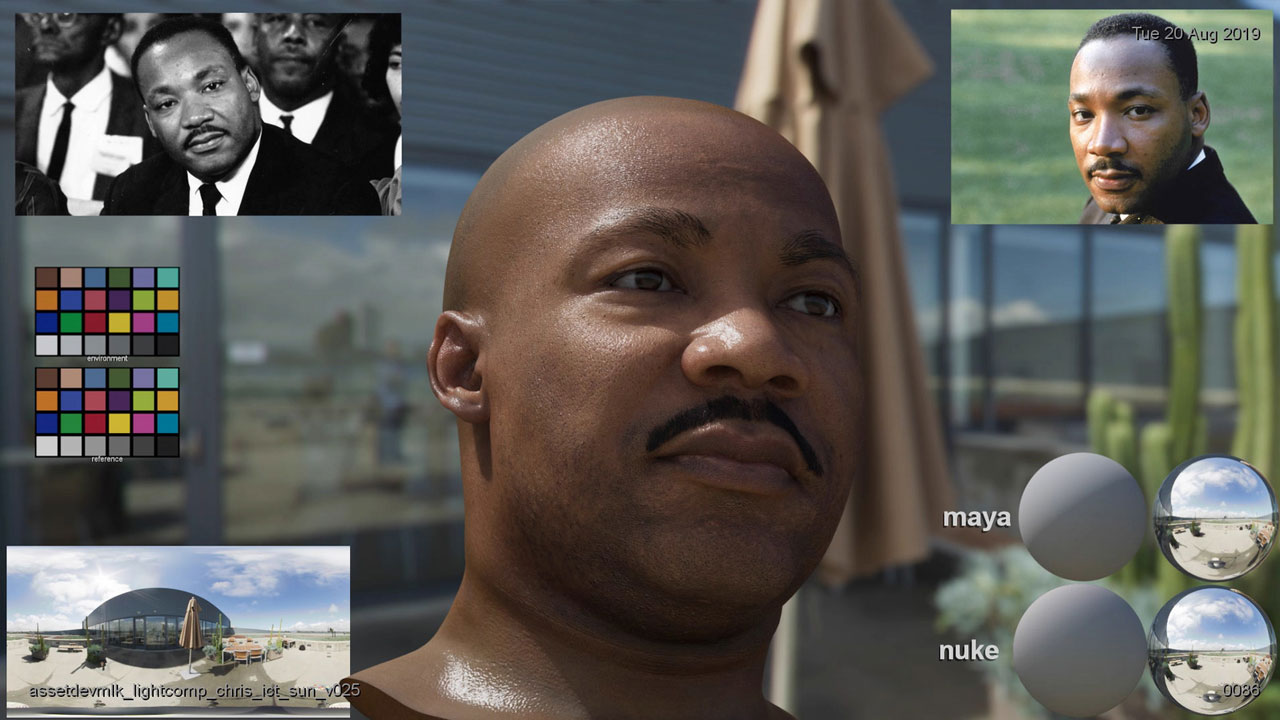 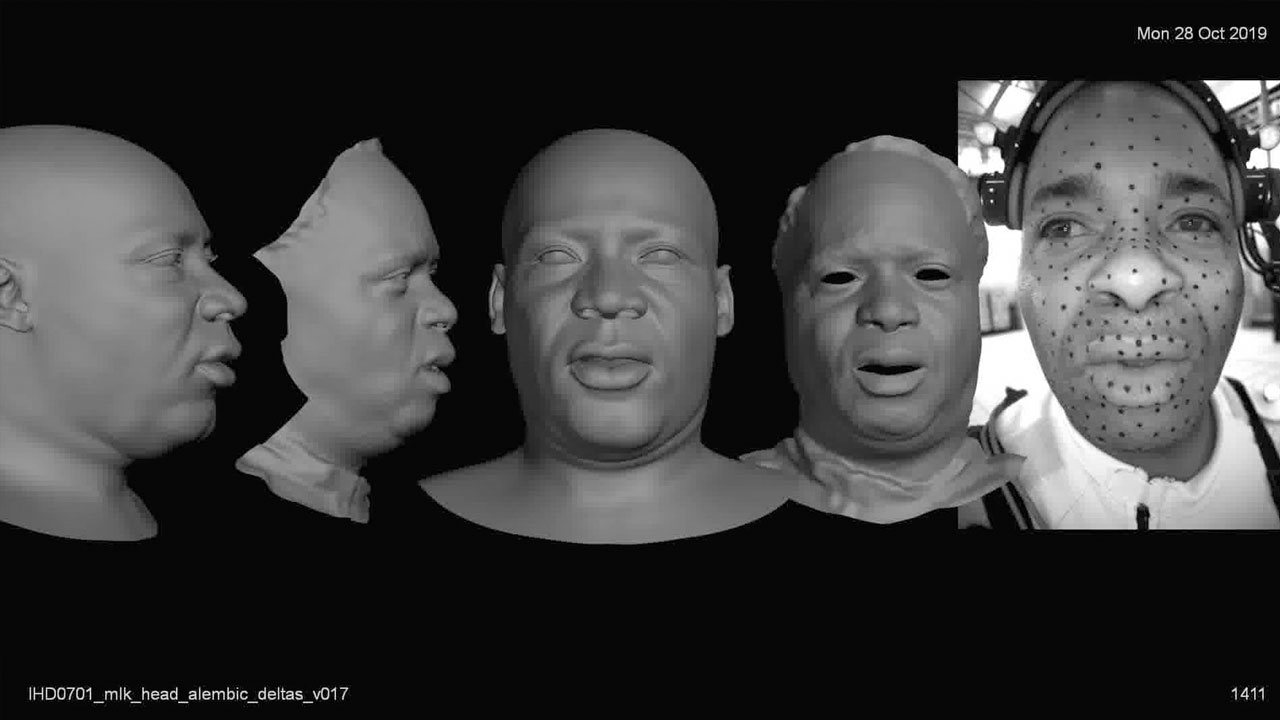 Digital Domain turned to its trusted partner, DI4D, to deliver the high fidelity 4D facial performance data required for its Masquerade pipeline. Ferguson’s detailed facial movements were captured in 4D using a DI4D PRO system, tracked while he performed a special series of expressions that are designed to cover the full range of facial shapes. A head mounted camera was also used to capture Ferguson while he performed the same series of expressions. These two corresponding sets of expression data were then used to train Masquerade’s powerful machine learning process.

Ferguson then performed the full speech on Digital Domain’s motion capture stage in Los Angeles, CA, while his facial performance was captured using the head-mounted camera. Digital Domain used their previously trained Masquerade pipeline to process Ferguson’s facial performance and “re-target” it onto Dr. King’s digital double. Digital Domain artists then refined the animation by adding in an extra level of nuance and detail using Maya and Houdini to ensure that the final animation was as faithful as possible to the reference of Dr. King’s actual performance.

The completed experience is a ground breaking example of immersive storytelling, which is rendered in stunning full colour on a VR headset using the Unreal Engine. It presents an entirely unique opportunity to experience the 1963 March on Washington much more vividly and in much more detail than can be seen on film or television footage recorded at the time. You can find out more about The March here. 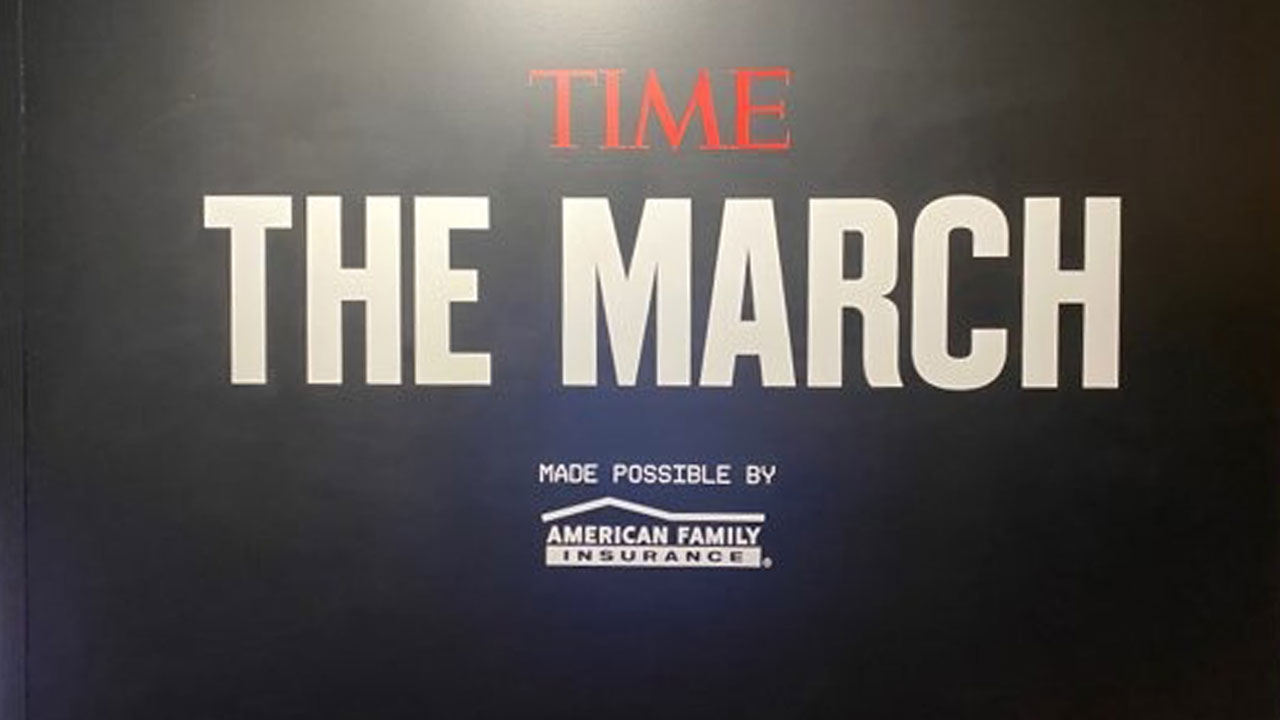