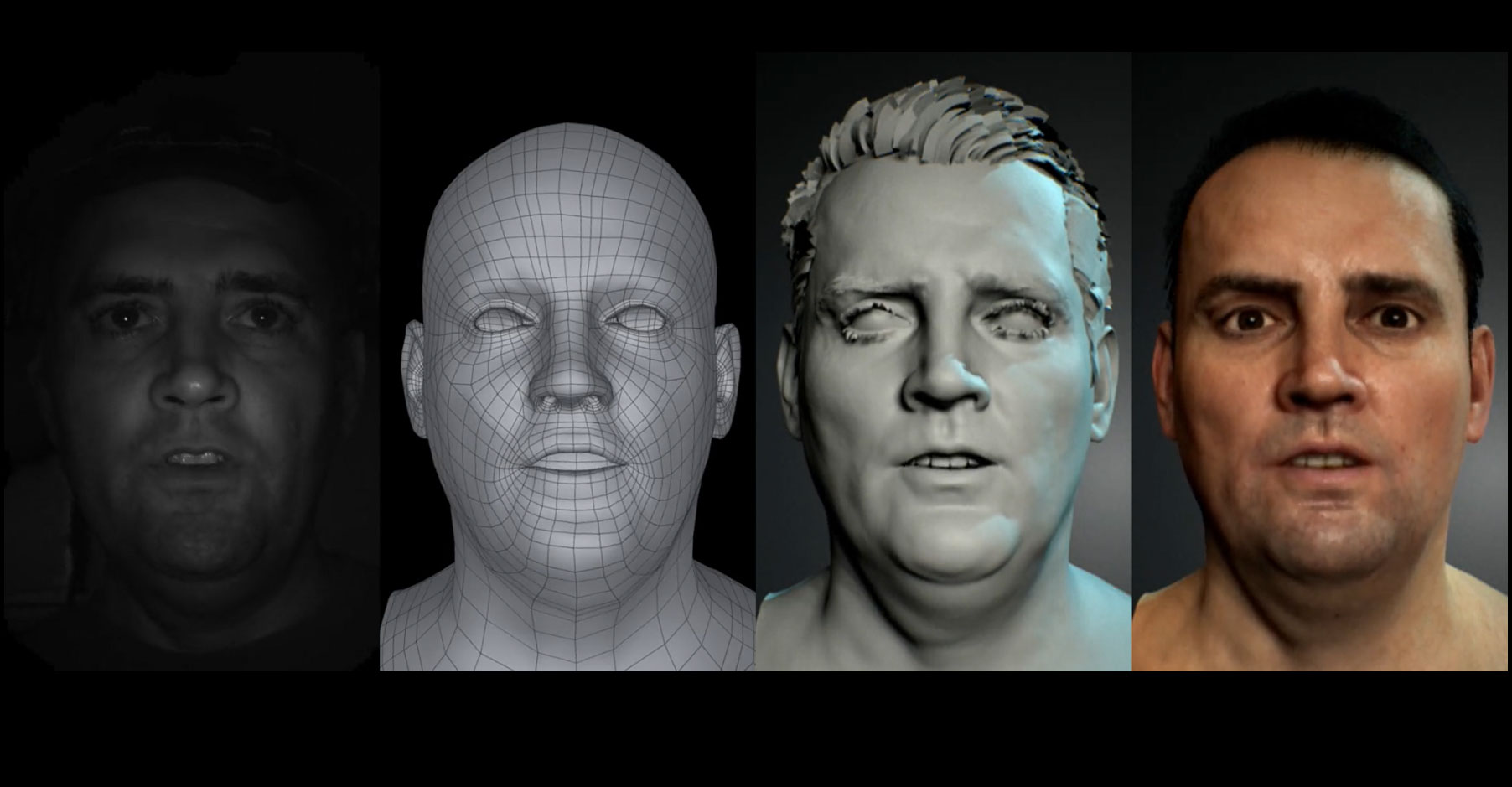 NEXT GENERATION OF IN-GAME FACIAL ANIMATION

“We were delighted to have had the opportunity to work with Snappers on the Digital Colin tech demo. Our facial performance capture solution has mostly been

associated with high end pre-rendered visual effects and cinematics projects, but we were keen to show at GDC this year how it can now also enhance real-time rendered facial animation. We had worked with Snappers on some previous client projects and were very impressed with them and the quality of their rigs. When Snappers mentioned that they had a new version of their facial rig that was performing really well in real-time in Unreal, it seemed obvious to combine our forces to produce a super-realistic real-time facial animation demo for GDC. Digital Colin is the result.”

“It was a pleasure to work with DI4D on the Digital Colin tech demo. We were in the middle of developing a completely new facial rig that we think is going to be a game changer in both real-time and VFX fields. We saw the tech demo as a great opportunity to refine and test our new facial rig with DI4D’s amazing performance capture techniques. We were responsible for the facial rigging and look development inside of UE4. We had a very tight deadline to produce the demo for GDC and we are delighted by the high quality of facial animation we have been able to achieve in such a short time.”

SNAPPERS is an Egypt based Studio that was formed in 2013 as a Motion capture service provider and kept expanding since to provide many more services. Snappers mainly focuses on character related services such as Modeling, Texturing, Grooming, Rigging, Animation and look development.

Snappers worked on Games such as Mafia 3, Call Of Duty Infinite Warfare, Injustice 2, Mortal Kombat 11 and feature films such as The Shape of Water, HellBoy, Legend of Ravaging Dynasties and many upcoming projects.